LEARN ABOUT THE REAL TECHNOLOGY BEHIND POKÉMON GO

Since the launch of Pokémon go people all over the world have been chasing tiny digital monsters. These monsters have been hiding  in the physical world, as a result people have to around to catch them all. The industry experts predict that the technology behind it will open gates to a new era of computing.

Augmented reality is  the technology behind the popular Pokémon Go. Augmented reality gives a view of the real-world environment through a camera. It is the same way the our pocket monsters appear on the screen. This technology can transfigure the way information is integrated into our lives. The technology has already found its place in the business world.

Augmented reality has much more applications in the real world. Highlighting land mines or relaying information from a drone flying are its possible uses. Furthermore, Emergency respondents can use a digital map to find survivors in the rubble after a disaster. Therefore, It is a matter of time when we can have access to augmented reality glasses.

ALSO READ: Pokemon Go Best Nintendo Game Ever
The real bit of technology that makes the game so interesting is the geolocation data.  For decades we have had the idea of  location based games. Pokémon go has given it a mainstream thrust. This game uses google  maps data and is extremely accurate for hyper-location. The huge database of real-world objects is submitted by players to make up the Pokéstops in Pokémon Go. Since many of these objects is located in densely populated areas, high resolution mapping data enables you to navigate each stop and hopefully collect Pokémon on the way.

The game has raised many prospects as well questions and the industry is gearing up to endow more into it. Also responding about Pokémon Go, Cook said that the game had shown that “AR can be really great”. “We have been and continue to invest in AR in the long run,” he said. “We’ll see whether it’s the next computing platform, but regardless it will be huge.” 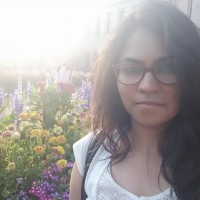 Why watch ' Suicide Squad ' this weekend ?

LEARN ABOUT THE REAL TECHNOLOGY BEHIND POKÉMON GO