From a country like India, where the thought that Women are equal to men is difficult to digest, women have definitely gained the recognition and honour in the world. They have done so not just in one field. From sports to business and entertainment, Indian Women have earned a name for themselves. They have done it all and they are definitely doing it right. Even in sports which have been dominated by males for a long time now. Sakshi Malik and P.V.Sindhu made our chests swell with pride.

Here are Indian sportswomen who have changed the scenario of male dominant field:

When Sania Mirza had made her debut as a tennis player in the year 2003, no one had thought she would be able to reach the 1st rank in doubles along with her partner Martina Hingis. In the year 2015, Sania Mirza also received the Rajiv Gandhi Khel Ratna Award. The duo have won 41 consecutive matches.

Member of the Indian Hockey Team, Saba Anjum Karim was the youngest participant at the Commonwealth Games held in the year 2002. She had played for the under 18 team in the 2000. In the year 2015, Saba Anjum was awarded the Padma Shri Award, which is the fourth highest civilian award.

Captain of the Indian women’s cricket team for both test and ODI, Mithali Raj is the second highest scorer in Women’s International Cricket. She is also the second woman cricketer to surpass 5500 runs. She has also been nicknamed as the Tendulkar of Indian Women’s Cricket. Mithali Raj has been honoured with the Arjuna Award and Padma Shri Award.

A five time World Amateur Boxing Champion, Magnificent Mary is the only Indian Woman to have qualified for the 2012 Summer Olympics. She won a gold medal at the recently held Asian Games. Also the President of India has also nominated her as a member of the Rajya Sabha. 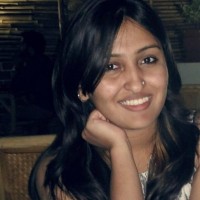