The topic sounds crazy right! For most of us who have lived in plains, sub-zero temperature means heavy snowfall, half dead people turning bluish or cutting it short-something unimaginable. Having being in one such condition and still living happily to write this piece for you to read, I know that Minus 8 degrees is an experience to have and minus 3 degrees is the temperature when you can conveniently take selfies!

Bedni Bugyal, the integral part of the ultra-famous Roopkund trek is must have sojourn for almost everyone who can afford it and believe me, it is not so unaffordable INR 12000 inclusive of all your accommodation, safety and food arrangements (plus the facility to take your heavy luggage to the campsite) is nothing when you have a look at the beauty that Bedni is. Believe me not? Have a look

The starting point of Bedni Bugyal Trek is Lohajung pass which is about 256 Km from the nearest airport i.e Jolly Grant Airport in Dehradun , 236 km from the nearest railway station in Rishikesh. By road from Delhi , it’s about 504 kms.

Building the Momentum-the rivers, the springs and the random feels

I can tell you about the entire journey from the base-camp at Lohajung (7700 Ft. above mean seal level) to Wan, the village where the trek officially starts to the numerous natural water springs you encounter on the way and also the river that flows in the peaceful surroundings singing a music you would never want to stop, the occasional snow in the mountains which would be enough to build a decent 2-3 Ft. snowman and surprisingly, just 3 kms away seeing the lush green grasslands (Bugyal stands for grasslands) at Ali Bugyal – there is lot to tell and yet I cannot write an essay lest I should bore you.

When you are close to Bedni, well first you pass through Ali Bugyal which is a plain area, mostly grasslands and while trekking to Bedni, it is a narrow strip to walk on and the angle to the horizontal would be roughly 15 degrees. It is that one spot where you would see myriad shapes of stones and silver ferns too and a typical purple flower that you will not find anywhere and also since you can see straight to the bottom-you have an idea where you will land if you slip. Mind it, this (picture below) was the easiest part of the entire ascent.

The ascent to Bedni and the sudden snow!

Finally when Bedni approaches, you are suddenly greeted by snow. It is surreal-suddenly the grasslands get replaced by snow here and there, frozen water streams and like I said, enough snow to make your own snowman.

This one is an indicative – This is a place where we had a night-stop a day before bedni; the camps are more or less the same minus this cemented structure that is there in this one.

Bedni at Night: When you roam around at sub-zero temperature

Bedni remains relatively calm till the sunset and to your surprise there is also a Maggi point and the guy might offer you “Jifu” too instead of Maggi and believe me, it is better. Do not, not even in the wildest dreams think of not treating yourself to Maggi and Chai there because it is heaven.
As the sun goes down, for obvious reasons the temperature goes down too. Suddenly you realise that it is pitch dark while the time is a little above 5:45 p.m. and the thermometer shows the temperature to be -4 degrees! Yes, you are roaming around in this pitch darkness at -5 degrees and you do not even know it. Treks are really exhausting, no matter how hardened a trekker you are, you tend to feel sleepy soon enough thanks to the exhaustion.

You think that it would be better to run and go for a quick leak lest you have to get up in the night from the comfort of your tent. So, you go and you think that “let me just run fast and get back to the tent soon”. Just as you run, hardly 4 steps away, you nearly freeze – the temperature is -5 degrees now and it can go even beyond! Well, yeah that is what happens at such temperatures and it is just that. You get back to your tent, sleep off in the warm fleece.

A Quick Advice: make sure you put up ample amount of pain reliever spray on your limbs, helps you get a nice warm sleep as well as prevents your limbs from aching the next day

See down below-that thing is the ice, the ice we broke off from the tank for our morning ablutions!

Sunny Morning at Minus 1 Celsius

So, the next day when you wake up, the only thing you need to do is, break the ice to get enough water for your daily ablutions. Washing your face-Lol! Do not even think about it, washing your posterior gives you a brain freeze, brushing your teeth-basic hygiene but can be skipped, it will not be a sin.

Best Part : It is sunny and the temperature shows 1 degree Celsius.
My favourite part : Washing posterior after the potty! Woooh! A chill just ran down my spine.

Believe me-if after all this (and the pictures), you still do not plan to go to Bedni, go and sleep then!
I am leaving it on an open end but these were the experiences that I recount even now. Everything else just got done and dusted.

By the way, to give you an overview of what you see when you camp at Bedni, well there are these snow clad peaks of Trishul, Nanda Ghunti, Neelkanth and Chaukhamba respectively.

Still not impressed? Not even by the “swag” of this pic? Chuck it! 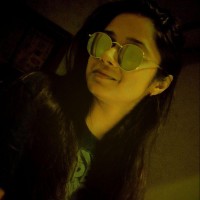 SOME HIDDEN GEMS IN HIMALAYAS FOR YOU TO VISIT!