Osha in GOT, a wildling who was with Rickon Stark before getting killed by Ramsay bolton.

Catelyn Stark in GOT, got killed by Walder Frey, who also coincidentally is in this list.

Walder Frey(Lord of the Crossing) in GOT, the ruthless, the conspirator, the betrayer.

You might remember him as Mance Rayder, the wildling leader , the king beyond the wall.

Though he not exactly appeared in Harry Potter, but if you remember the giant spider, Aragog, it’s voice was given by Julian.

But we do remember who he was in GOT, the Grand Maester Pycelle. 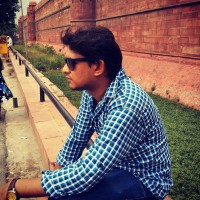 How To Survive A Bad Breakup : 10 Tips